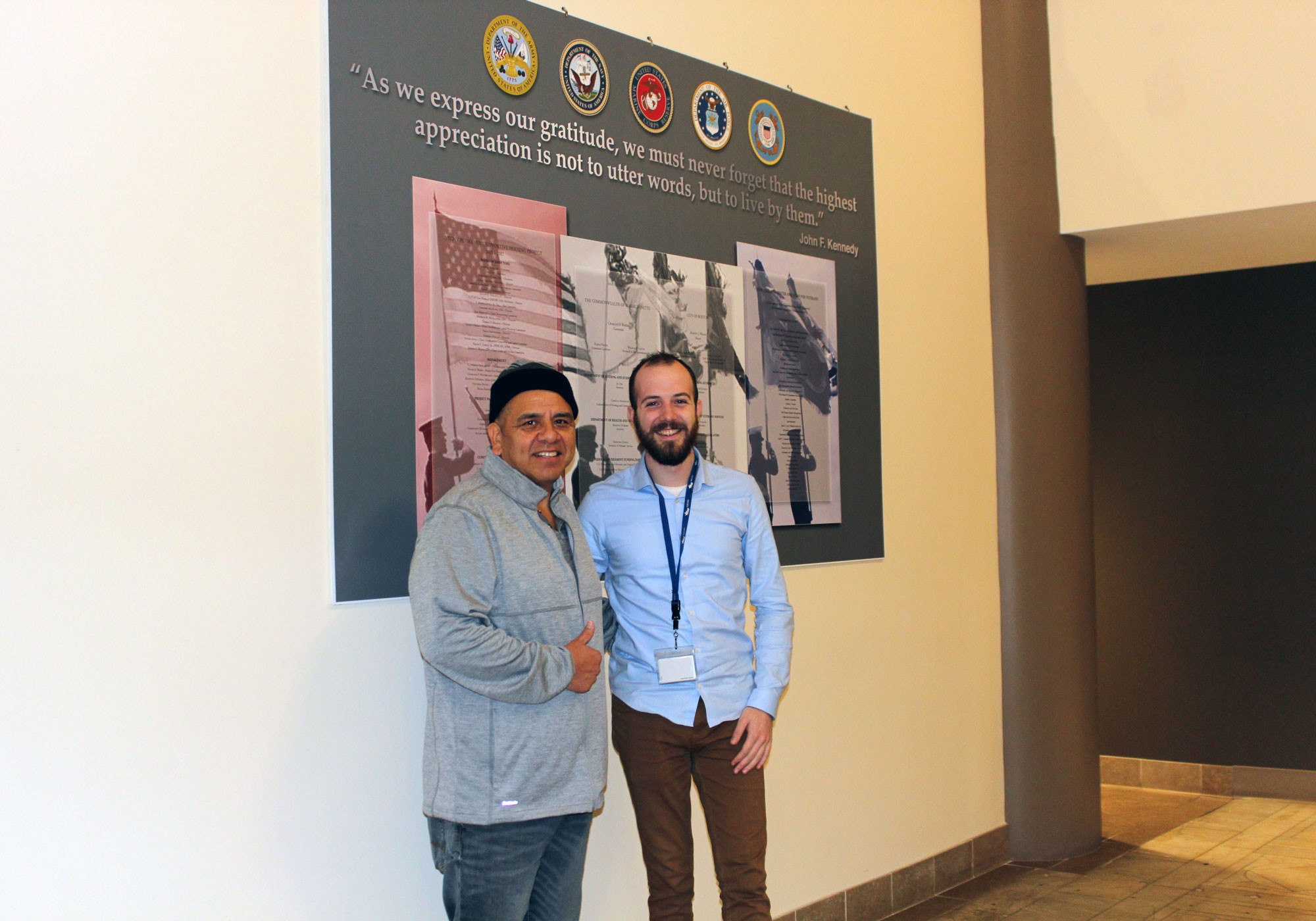 Erick Mogollon had an ambitious idea: to ride his bike across the country to raise money for the New England Center and Home for Veterans. The Navy Veteran, known online as Cycling Senior Chief, was grateful to be enjoying his retirement but was troubled by the idea that some of his fellow Veterans don’t have a stable income, home, or health. So he set out on a personally funded journey with the goal of riding his bike coast to coast to raise awareness of the challenges many Veterans face upon their return home and to raise funds for the programs and services at the NECHV that address those challenges.

In May of 2018, Erick set out on his journey with a trailer attached to the back of his bicycle containing the supplies he would need to make it from the Atlantic Ocean to the Pacific Ocean. His plan was to ride about 30 to 40 miles at a time, staying mostly at campgrounds. He met new people every day, many of them fellow Veterans, and was touched by their kindness and generosity. Some offered him refreshment after a long ride, or help fixing his bike. Others offered home cooked meals and a place to sleep in their homes. In Philadelphia, he stopped for ice cream and was met in the shop by a reporter who had seen him biking earlier and wanted to get his story.

In late August, more than halfway to Oregon, Erick was hit by a car in Pueblo, Colorado. He suffered bruises and injury to his rib cage, compressing his right lung, and his bike was broken in half. After a short hospital stay, he recovered for a few days at a home offered up by an employee of the Center for American Values, where he had visited during his time in Pueblo. He was able to return to his home in Milford, MA shortly thereafter.

Since arriving home, Erick has been recuperating and spending time with his family, including his two sons, Erick and Elias, who have both served in Afghanistan. In November, Erick and Erick visited the NECHV to present a donation of $800 that Erick raised through his cycling. He plans to continue his ride in the spring from where he left off, ride to Oregon, and then cycle home. We are so grateful to Erick and his family for undertaking this inspiring and ambitious challenge on behalf of the Veterans at the NECHV, and all Veterans experiencing homelessness or other challenges nationwide. To follow and support Erick when he continues his journey, find him on Facebook, Instagram, and on his website.